Animal rescue stories are something that animal lovers never tire of hearing. However, in this story, it is not humans who save the dogs. A newborn baby was saved by a dog.

You’re about to meet Way, an incredible street dog who has had a difficult life. She does, however, have a huge golden heart. Way had to fend for herself in order to feed her puppies and protect them from the elements, other dogs, and cruel humans. She would do everything in her power to keep them safe.

Way came across a newborn baby who had been abandoned by its mother while walking through an alley. Despite the fact that Way’s puppies were her top priority, she still tried to assist this baby. Way’s maternal instincts kicked in, and she was determined to keep him safe and warm in any way she could. Way dashed back to her puppies, picking up each one one by one and placing them around the newborn baby. She cradled him close to her warm furry body.

Alejandra Griffa, who lived nearby, heard small muffled cries coming from her building’s parking lot. She was taken aback when she noticed a newborn baby next to the dog. Alejandria rushed to call the cops, who rushed the baby to the hospital’s emergency room for immediate medical care. The baby was a little hungry, but otherwise fine, according to the doctors.

Way is a true hero, having been rescued from a local animal shelter.

Way had just given birth to a litter of puppies and wasn’t spayed. 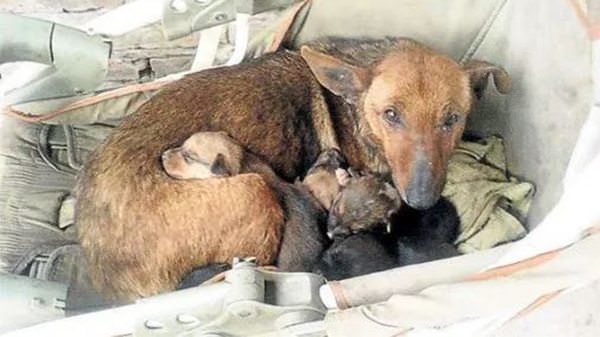 Way did the best she could to wrap her body around them. 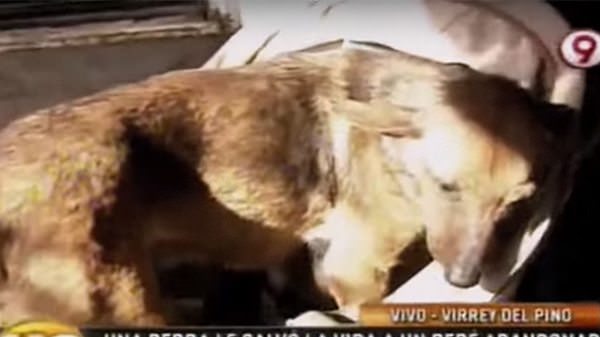 Alejandria had no idea how long the baby had been there and had rushed to the police station to report it. 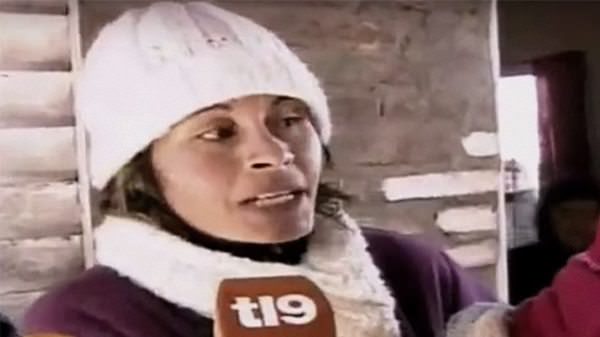 Watch Way’s story in the video below.