The MuttShack Animal Rescue is a non-profit organization that helps dogs in low-income communities in California. The rescue has shared an adorable video of an intriguing encounter between a tiny rescue puppy and the shelter’s two large dogs – and it’s almost too cute to bear. 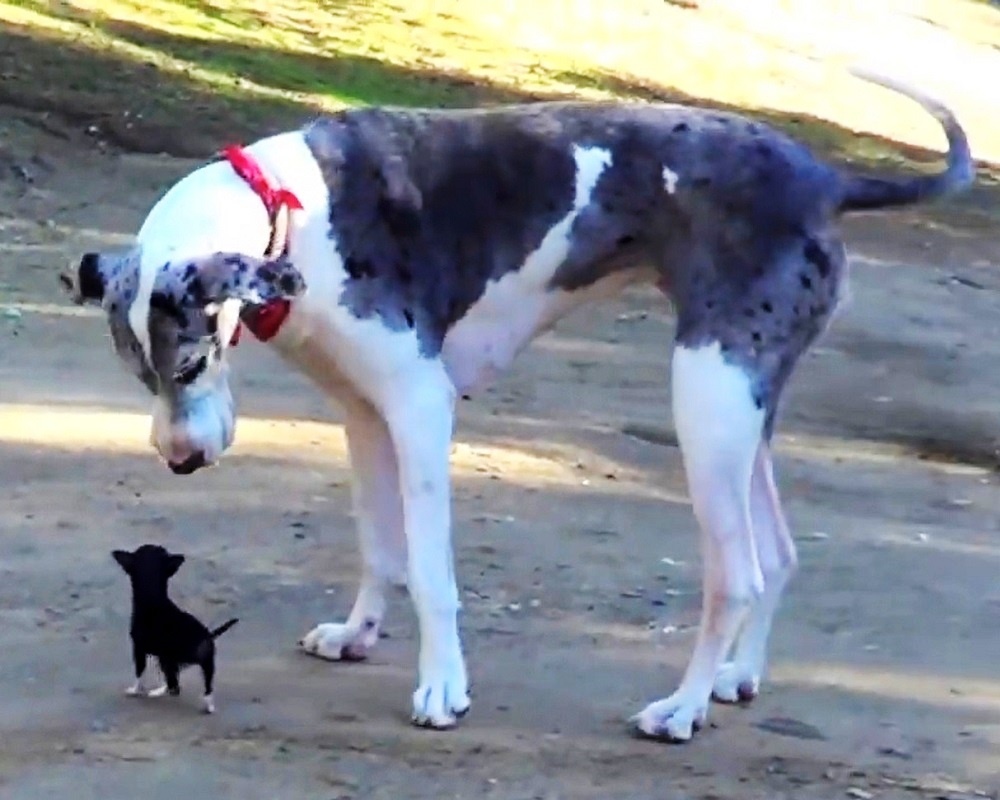 When this tiny black-and-white puppy was rescued, the shelter immediately recognized him as a live wire! The shelter workers placed the puppy in his own kennel, confident that he would be safe there. The spunky puppy, on the other hand, bolted from the kennel as soon as he saw an opening and ran straight to the playground where the big dogs were playing! 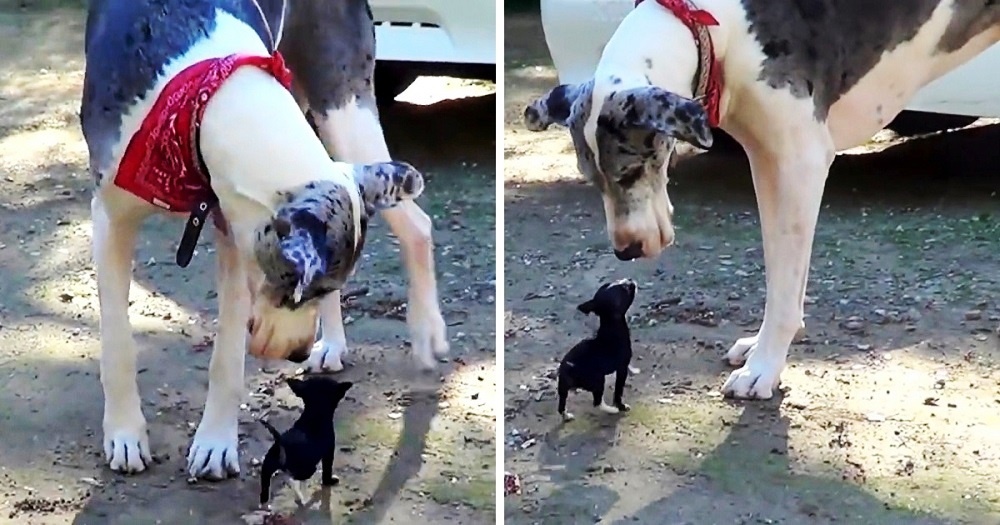 In this video, the puppy is seen charging at the big dogs without fear! He appears to be a dwarf in front of these dogs, but he wags his microscopic tail and demands that the big dogs pay attention to him. Sasha, the shelter’s Great Dane, is so amused by the puppy’s antics that she immediately takes him under her wing! 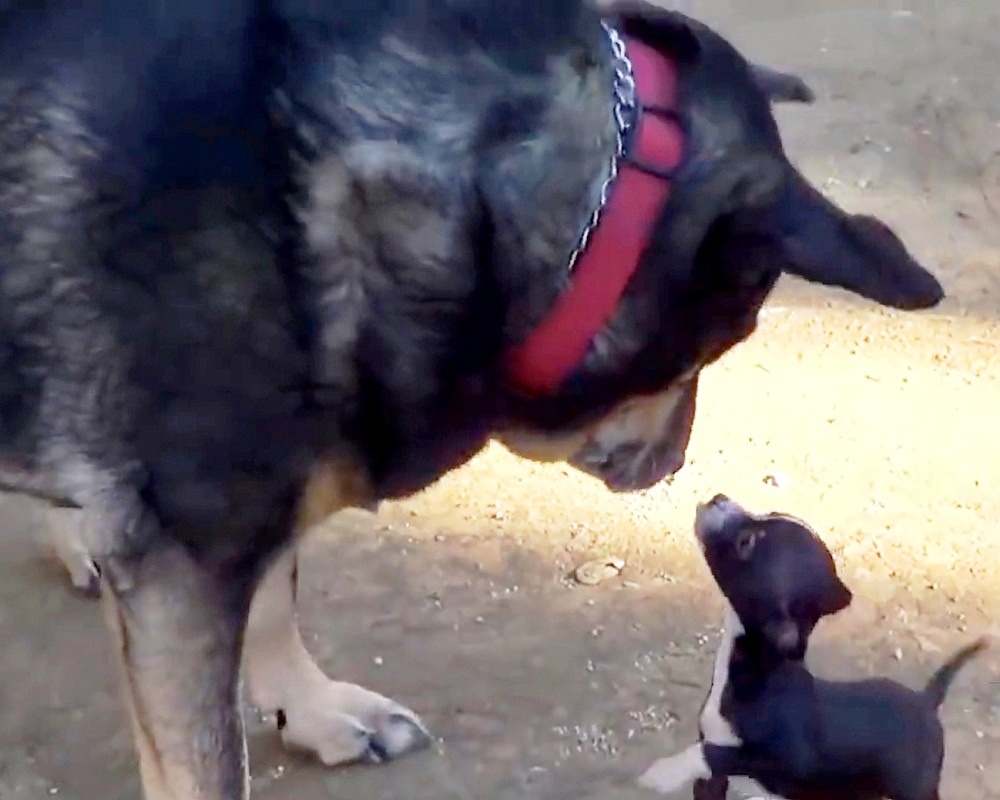 After Sasha appoints herself as the puppy’s guardian, the other big dogs arrive to inspect it. This little boy appears to have already established dominance over the larger dogs at the shelter! This adorable story reminds me of the canine equivalent of David and Goliath!

In the video below, you can see the tiny puppy running around demanding that the bigger dogs play with him!