Was Picaso’s dash over to assist a girl experiencing an anxiety attack a case of being in the right place at the right time? Or was it just pure luck?

A good Samaritan discovered the Plott hound mix running down a street in Charleston, West Virginia, last November. He picked up the dog and dropped him off at the Kanawha-Charleston Humane Association. 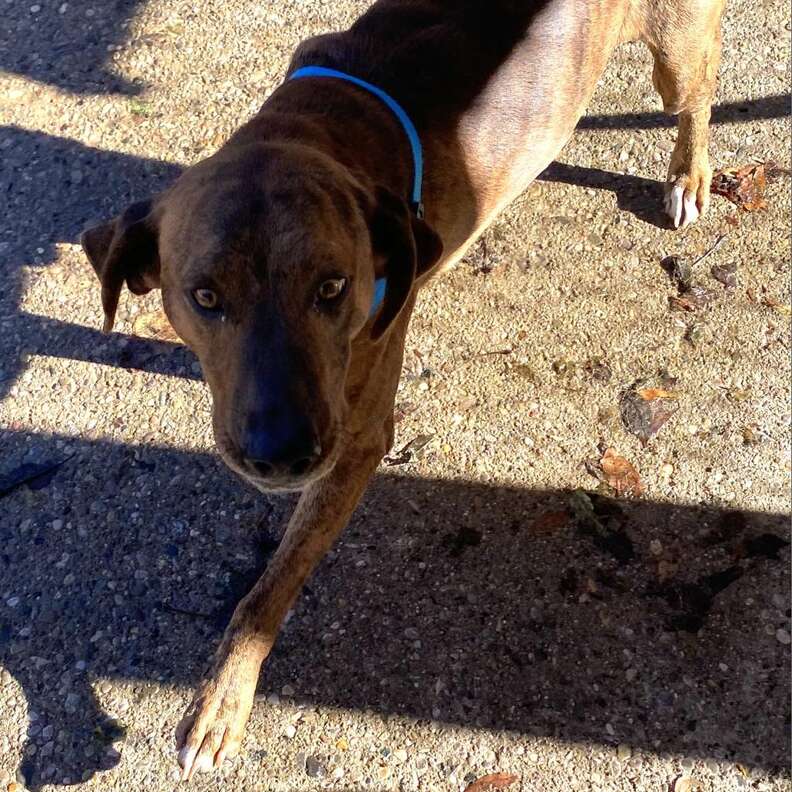 The dog was originally named Picasso after the artist by the staff. But, due to a typo, his name was missing one “s” in the shelter’s computer system, so he was renamed Picaso. He didn’t have a collar, no microchip, and no one claimed him. 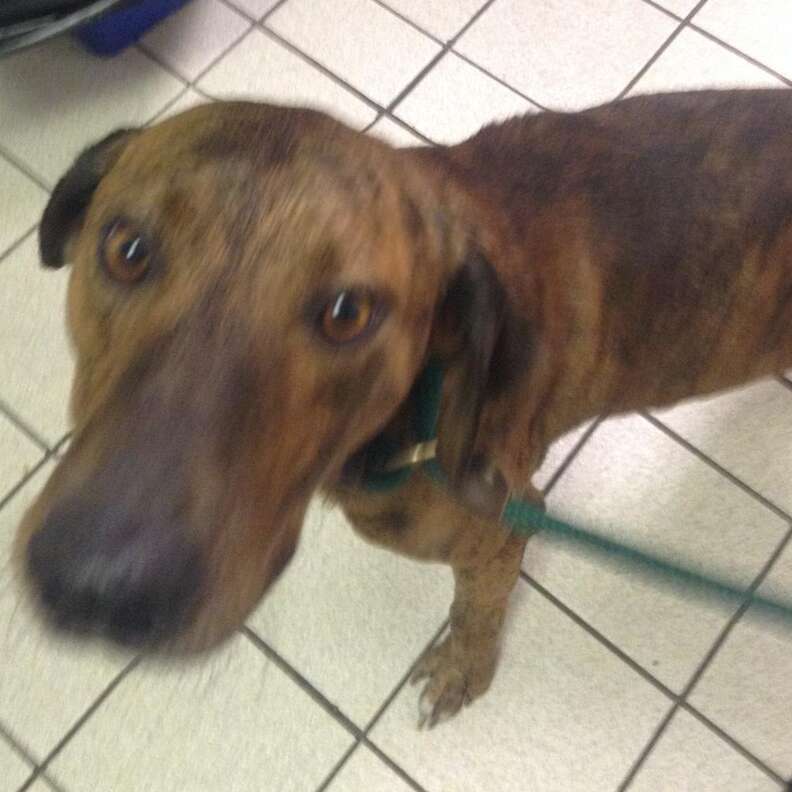 Picaso had been in the shelter for 19 days, waiting for someone to adopt him.

Everyone noticed his gentle and well-mannered demeanor. That’s what got him a spot in a local holiday parade with other dogs in need of homes.

Picaso was walked in the event by Kim Vigneau, a shelter volunteer. “When I first met him, he hugged me right away,” Vigneau told The Dodo. “He enjoys giving hugs. He was so nice. That night, my goal was to get him adopted.” 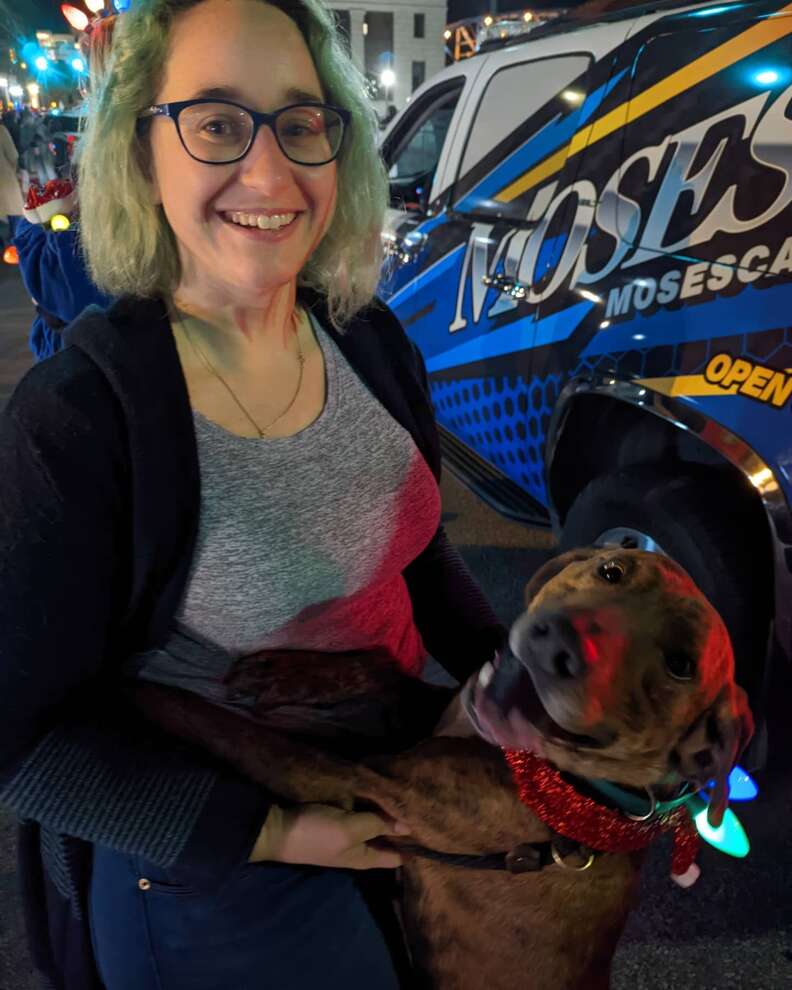 As Vigneau and Picaso weaved their way through the hundreds of paradegoers lining the streets, he was drawn to only one. “We were walking down the middle of the road,” Vigneau explained. “A young lady was sitting on the curb. She appeared to be upset. Picaso took the initiative and drew me close to her. He rested his head against hers and offered physical support with his face. The girl then smiled. I could tell he was assisting her based on her body language.”

Abby Ellis, 16, was the young girl. Ellis suffers from postural orthostatic tachycardia syndrome (POTS), a blood-flow disorder that can cause her to pass out. It makes her jittery at times as well. She had an anxiety attack on the night of the parade. Picaso ran over Melissa Smoot, who was attempting to assist Ellis.

Smoot told The Dodo that Abby’s head was down on her legs and that she was falling forward. “He pushed her back with his body. After that, she began to change. I couldn’t help but think that if that dog hadn’t been there, Abby would have face-planted into the ground.” 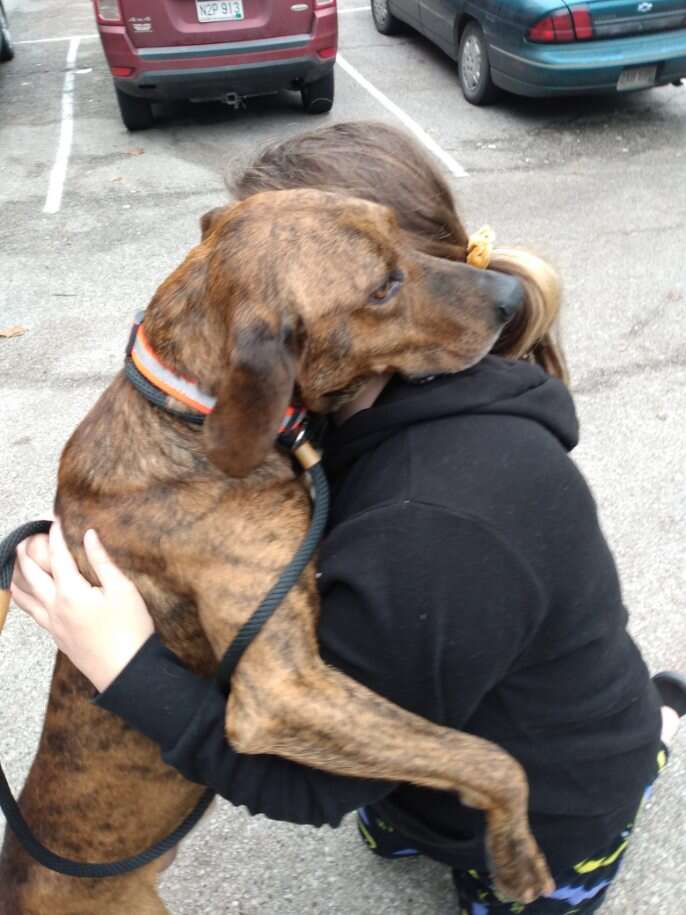 Ellis told The Dodo that she remembers precisely when Picaso discovered her. “I felt his nose brush up against mine,” she explained. “I began to pet him. I felt secure. My mother inquired as to his name.”

Smoot learned the dog’s name, but her priority at the time was to get her daughter home. They walked away as Vigneau and Picaso rejoined the parade. Smoot, on the other hand, couldn’t get the dog out of her head. Ellis returned to the shelter the next day, and Picaso recognized her.

Picaso rushed up to her. “He embraced me. I was very excited “Ellis stated.

Smoot knew Picaso was coming home with them at that moment. “Abby had been requesting a dog for over a year,” Smoot explained. “‘Lord, just send me a sign that Abby is ready for a dog,’ I kept praying. This has been referred to as a God wink. It certainly was. God gave us a wink and answered our prayers.” 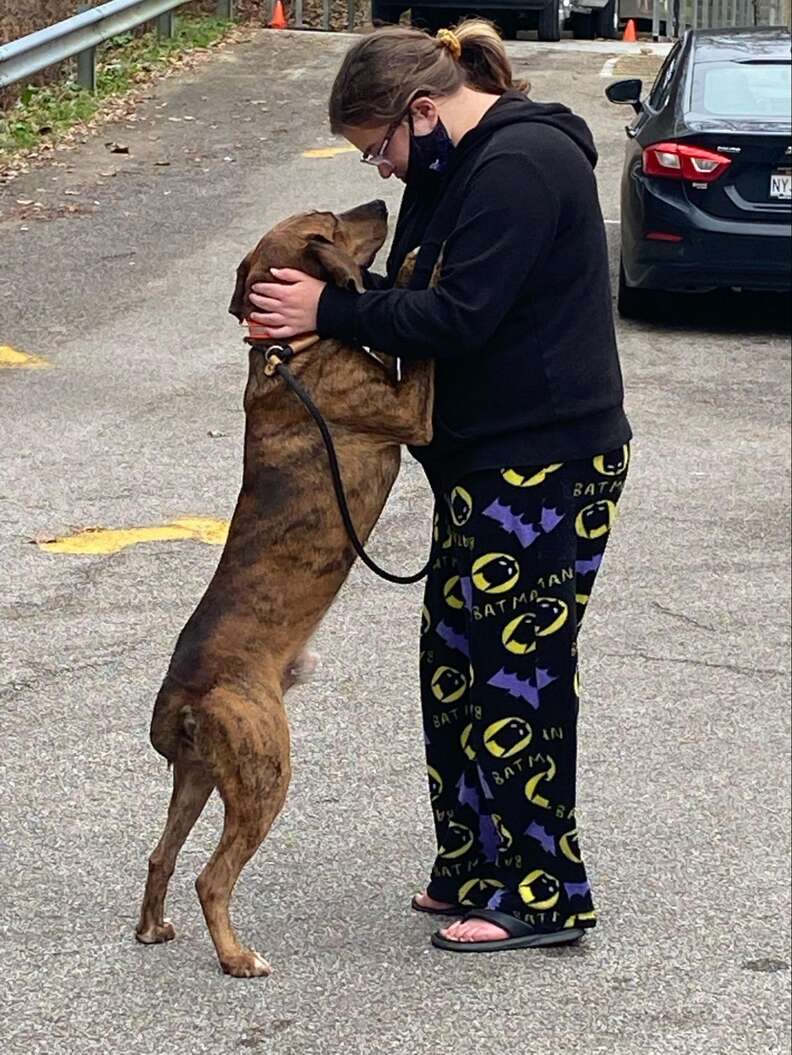 Picaso was adopted by Ellis and her family on his 20th day in the shelter.

Vigneau was successful in finding Picaso a new home, but he clearly chose his family. “It was incredible. I, too, suffer from anxiety and have experienced anxiety attacks. I think it’s fantastic that everyone is talking about it,” Vigneau said. 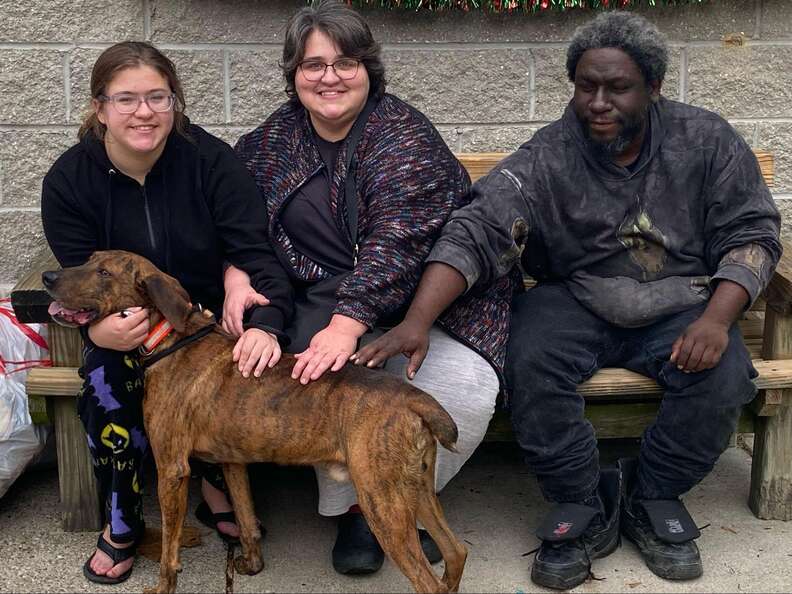 Smoot does not believe they met Picaso by chance. Ellis dislikes crowds. But she insisted on going to the parade that night.

“It was fate,” Smoot explained. 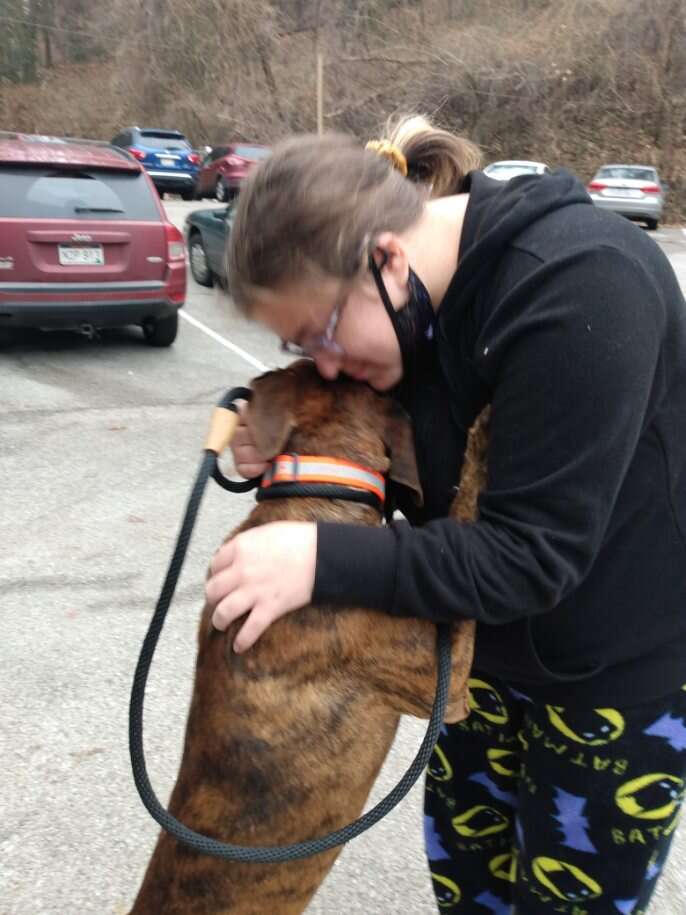 Ellis is overjoyed that she now has a dog who not only loves her but also appears to recognize when she requires assistance.