All the baby animals are super cute, no doubt about that. However, there are times when a character that is too cute to handle shows up and steals the show. This is also the case with this little donkey, which not only thinks it is a puppy, but acts like one. Everyone, meet Walter! The cute donkey was only a few days old when his mother rejected him. Alone in this world, the poor little soul was saved in time by a kind couple. Kelly and Brad Blake of Oatman, Arizona, decided to adopt him and welcome him into their home.

“Walter’s mother turned him down because she was too young,” Brad told The Dodo. “They tried for 10 hours to get Walter’s mother to him. Nothing worked, so we were called in and asked if we wanted to adopt him. Of course we said yes! ” 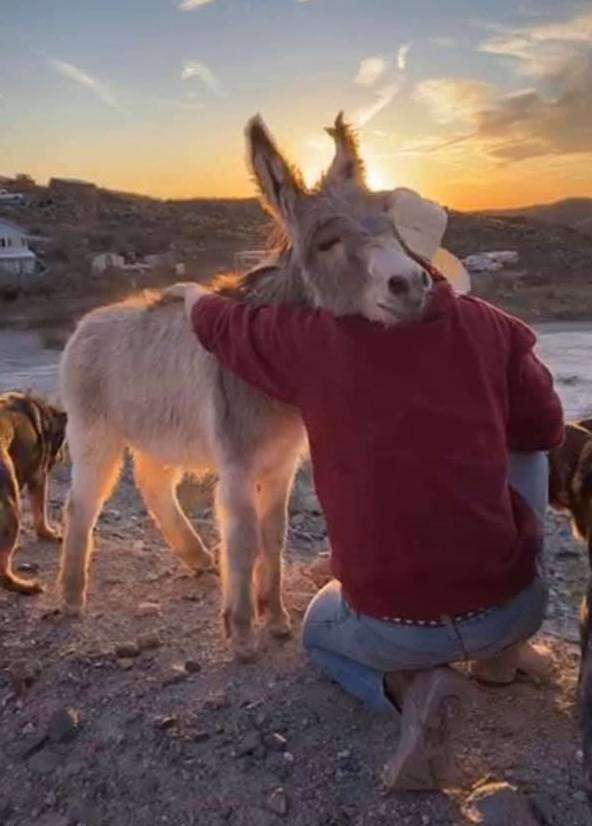 The Blakes, who also share their home with three dogs, showed their affection and love for Walter from the start and that helped him a lot. A special bond connects the rescued animal and its adoptive family, but the way Walter interacts with his father is something else. The baby could not contain his excitement when he saw his father returning to his hometown.

Growing up with three dogs left an imprint on Walter’s behavior, so it’s easy to see why he thinks he’s actually a dog. Brad said: “We have three German Shepherds and they all accepted baby Walter from day one. “They helped us raise him and teach him good manners in the house.” 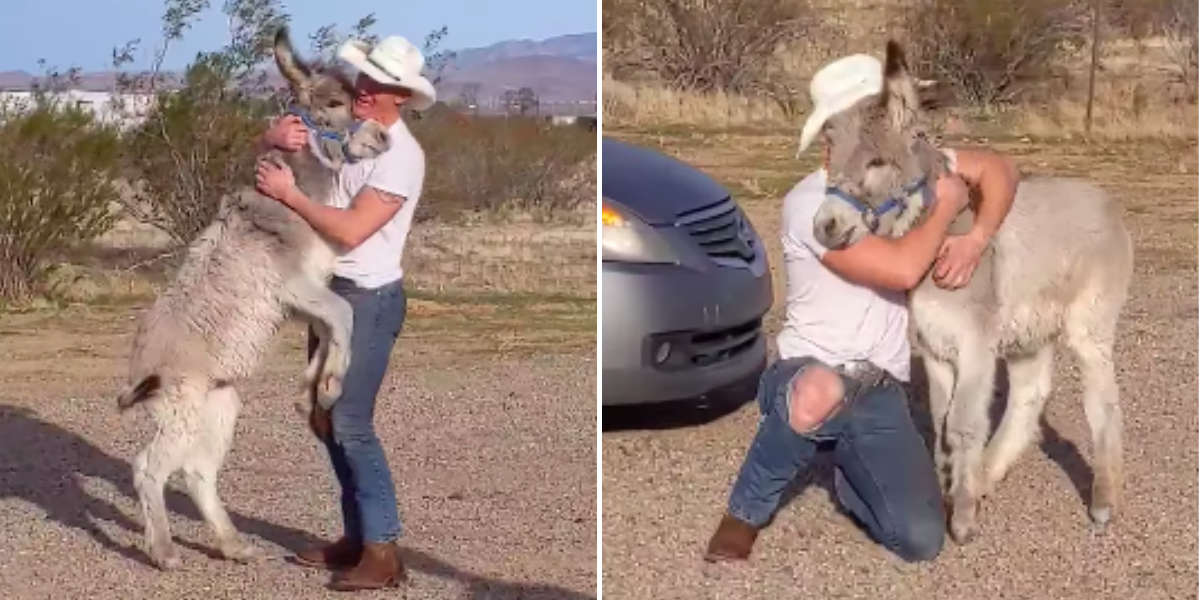 In fact, the adorable donkey even wags his tail when it gets excited. And that happens every time he finds his human father. “Walter behaves like a dog,” his father said. “He wagged his tail and was very excited when we got home. He jumps and rubs me to fall in love with him.”