An extremely rare albino elephant was born in Kruger National Park in South Africa. The extremely strange creature was discovered by a ranger near the Shingwidzi River. Many elephants have come here to drink water and bathe. The pink elephant is actually very easy to spot as its skin contrasts with the gray skin of the African elephant.

The baby elephant was first discovered by Nicki Coertze. The 58-year-old said he has been a regular visitor to the place since he was a boy. However, he said he had never seen anything like it. So when he first saw the rare animal, he took as many photos as he could. After all, you must capture this unique scene on camera. 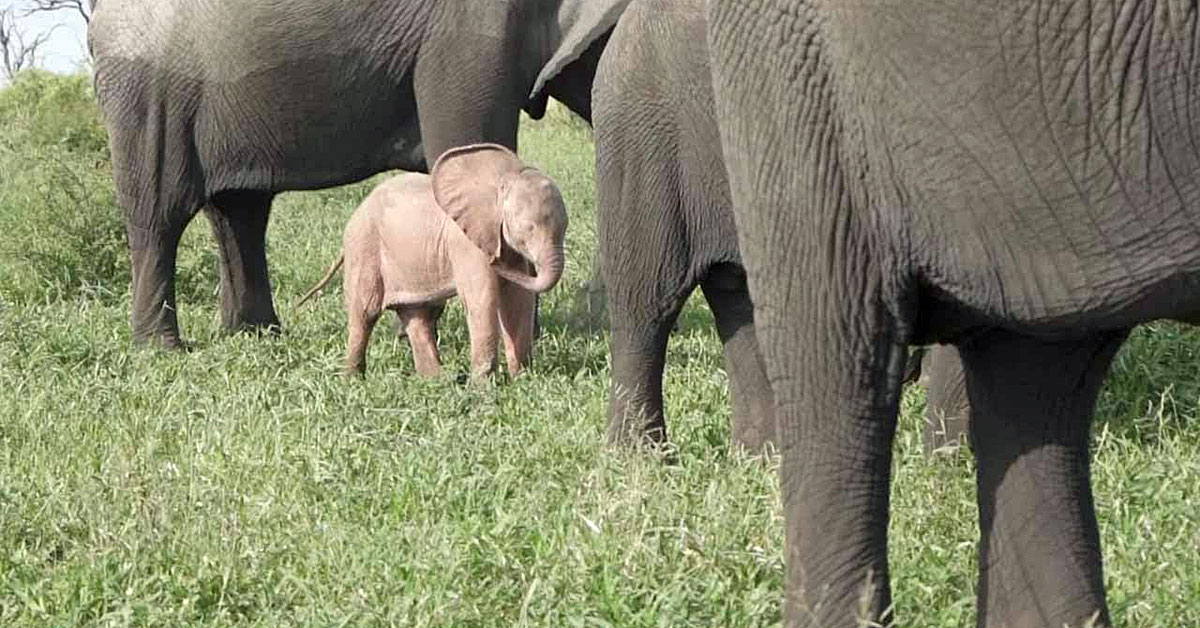 According to wildlife experts, albinism is caused by a lack of skin pigmentation. However, despite its interesting effects, the condition can cause vision. And sometimes even blind. Due to their unusual appearance, albino animals are often rejected by their herds. Thankfully, this little pink guy looks more than accepted by his family, so it’s not the case here!