The best things in life are even sweeter when you share them with your loved ones. When 67-year-old David Bahnson realized that his puppy, Susie, fits perfectly in the kayak’s luggage compartment, he realized that with a few tweaks, he could share his love for kayaking with his cute puppy. Bahnson has added a bit of combing around the luggage compartment to help Susie stay dry and comfortable so they can start their adventures.

Bahnson loves taking Susie out on the water, and Susie is happy to be part of her family’s adventures. And when Bahnson and his wife added another puppy to the family, Bahnson quickly added a second hole in the kayak so baby Ginger could come, too.

Susie and Ginger always felt safe and happy when Bahnson put them in their little boat, and each time they returned to shore, they waited patiently for permission to leave their kayak.

Although Ginger and Susie were both good swimmers, they had never jumped out in a kayak.

They feel happier when they can sail with their father and hang out on the water together.

Ginger and Susie have spent many happy hours on the water with Bahnson and his wife, and they also have other family adventures, like joining Bahnson in his helicopter or going on road trips. 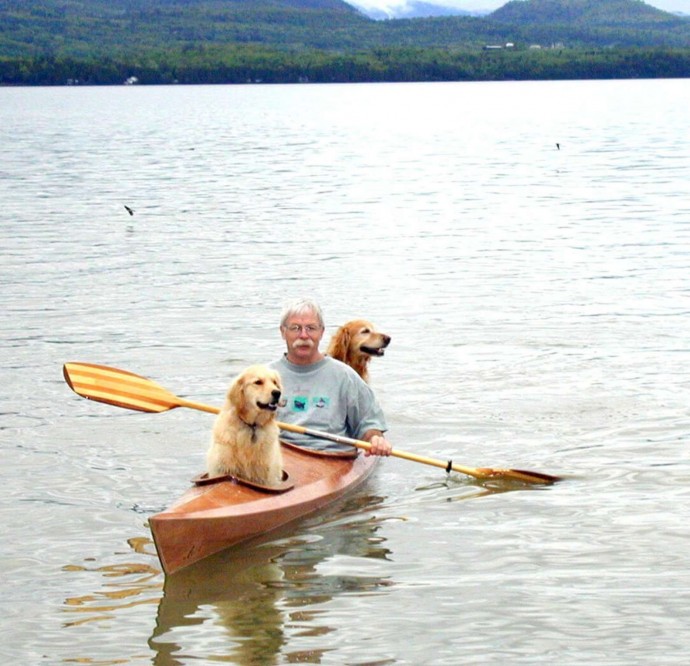 The puppies’ lives were full of love and adventure, and although both Ginger and Susie have passed away, but they live in their memories.

Bahnson and his wife continue the tradition they started with Susie and Ginger, giving their new pets a fun and exciting kayak trip.

Their furbabies love the fresh air and excitement, as well as all the attention they get from other kayakers they meet on the lake. 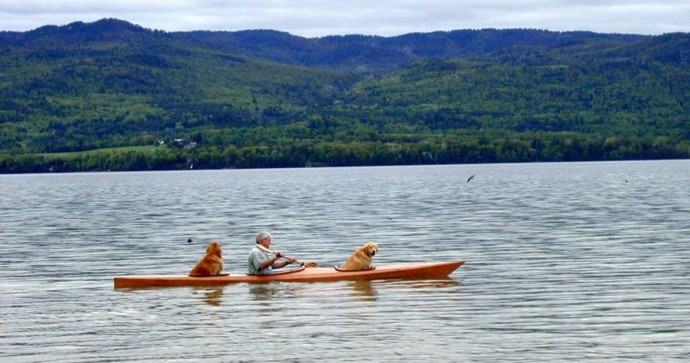 But above all, they love spending time as a family and at the same time share such special and precious moments.

Many are impressed with Bahnson and his wonderful doggy kayak.