The sporadic white lion is the result of a genetic color mutation that results in completely white fur.

They are not albinos! The white lion’s fur is distinguished by leucism, which causes the fur to lose only a portion of its pigment while the lips and eyes remain colored. 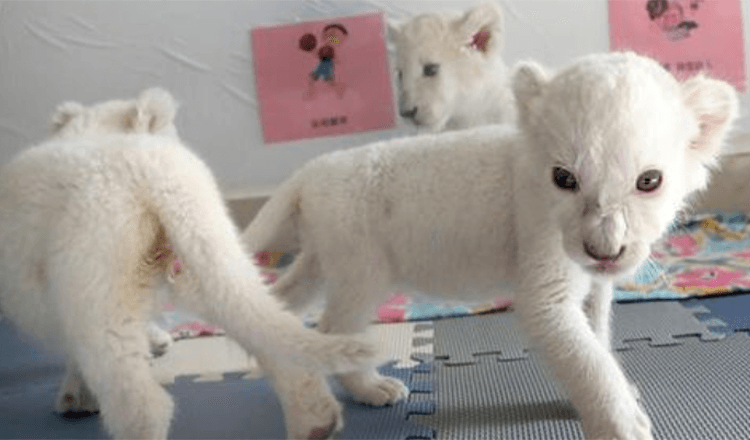 At the moment, there are only 13 wild lions and 100 in captivity. Only one month ago, four white lions arrived at an east Chinese zoo! Millions of people fell in love with the quadruplets after the zoo shared numerous pictures of them. The white lion quadruplets were born on November 6th. Nantong Forest Safari Park in Jiangsu, China is the birthplace. They were all males. 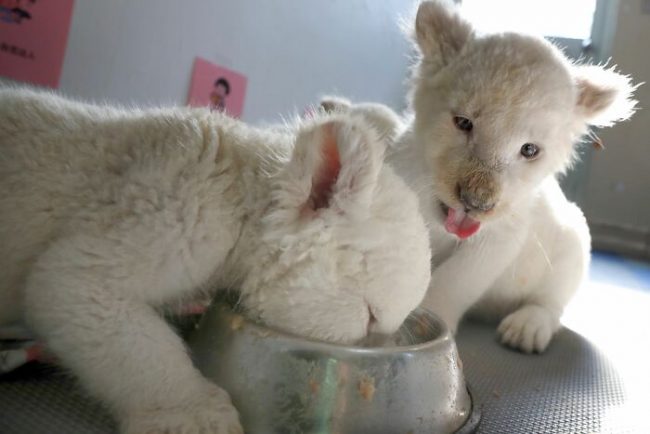 We can see the cubs playing in the forest together, eating, and even posing for the camera in photos shared from the Chinese zoo. According to Nantong Forest Safari Park, the baby lions are healthy and growing quickly. They were ready for their first public appearance on December 26th, just one month after their birth. As previously stated, there are only 13 white lions in the wild, with another 100 in captivity.

According to the Global White Lion Protection Trust, these adorable animals are not classified as a separate species. Aside from its rarity, the white lion is not listed as an endangered species. As a result, these creatures are not legally protected. 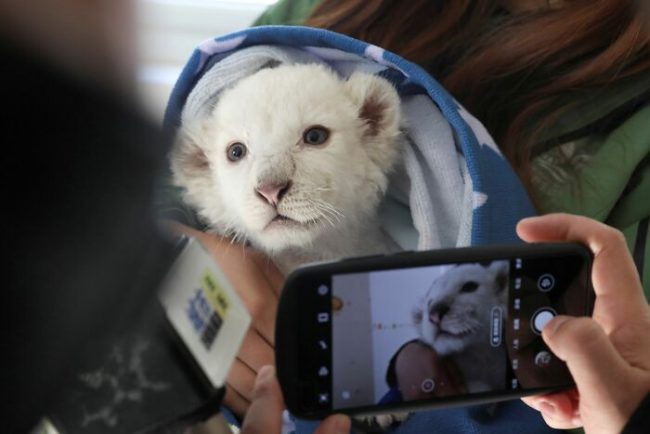 One of the Global White Lion Protection Trust’s team members posted something on their website.

“The White Lions are Panthera leo, which is classified as ‘Vulnerable,’ which means they may become extinct in the future unless trade is strictly controlled.” 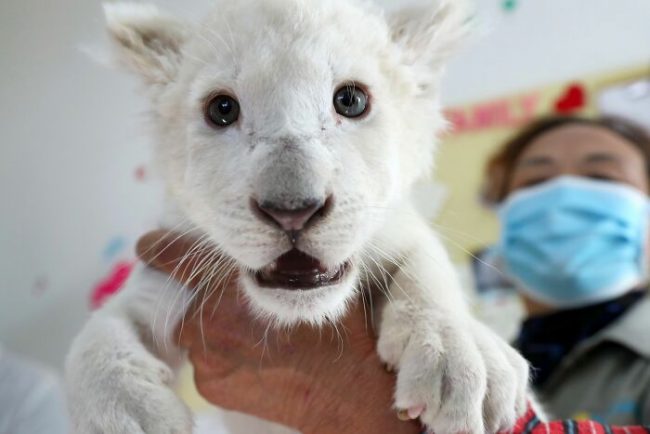