Swimmers Syndrome, also known as Flat-puppy Syndrome or Swimmer Puppy Syndrome, is a rare condition in which newborn dogs and cats’ limbs are constantly splayed to the sides. Animals born with Swimmers Syndrome, of course, are unable to stand or walk; all they can do is lie helplessly on their stomach. This birth defect is unusual, but a Boston terrier named Mick is one of its victims. 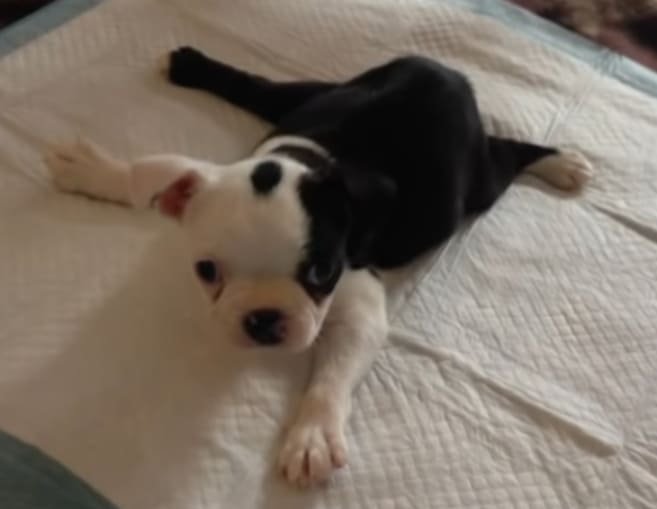 The inability to walk is only one aspect of the situation. The majority of animals with Swimmers Syndrome have a flattened chest, which causes a slew of other health issues. Some are even unable to live a long time. The syndrome is horrifying, but it is not the end of the road. There is still hope if we pay attention to the occurrence as soon as possible and take full advantage of physical therapy.

So, as soon as the breeders in Oklahoma realized something was wrong with Mick, they contacted the Mia Foundation in Rochester, New York, an organization dedicated to assisting animals born with birth defects such as the poor terrier.

The six-week-old puppy underwent intense physical therapy for a few weeks with the assistance of the Mia Foundation. It took a lot of love and patience. He went through four fifteen-minute sessions per day. Fortunately, the outcome was positive. Mick gradually improved his ability to sit, stand, and, eventually, walk. The first steps were shaky and awkward, but they were miraculous. He was stronger, more confident, and, of course, happier.

Check out the video below to see the entire arduous yet inspiring process: