In a country overflowing with stray dogs, a family decided to put all their energies into caring for as many dogs as possible. A family-run shelter in Taiwan, Mrs. Hsu’s Sanctuary which has more than 3,000 dogs of all shapes, sizes and colors. The shelter opened five years ago and began to house a small number of stray animals, but the number continues to grow and grow.

Then the Good Samaritan stepped in and donated a large facility that could properly house all the dogs. Taiwan became the first country to ban the euthanasia of stray dogs to control its population. So now such shelters are paying more attention to spaying and neutering programs. They hope this can raise awareness about the consequences of breeding.

Since the shelter has several puppies that are either limbless or paralyzed on their hind legs, they have dedicated builders who make affordable custom wheelchairs for puppies who need them. When a dog that is too seriously injured arrives, it is taken to the local veterinary hospital.

Mrs. Hsu’s Sanctuary includes a veterinary clinic, a large dog grooming salon, and a night room where the dogs sleep nicely. And there is a separate area for cats. The strays spend the day out in the park area where they can roam and play together. Volunteers also take them on daily walks! Angel Wang, a volunteer at the shelter, likes to spend one-on-one time with all the dogs. And so she met her best friend. Her attention was drawn to shaggy gray dog ​​that followed her all day, and the months they spent together at her shelter turned into years. Finally Angel made it official and adopted Huei Huei! It was just meant to be! Because there are far more dogs than shelter workers, people work 24 hours a day to care for the strays. They are fully funded by donations from local residents who believe in their work. Families, staff and volunteers love looking after these stray animals and seeing them happy. The 3,000 smiles they see every day justify every effort. What an amazing place full of amazing people! 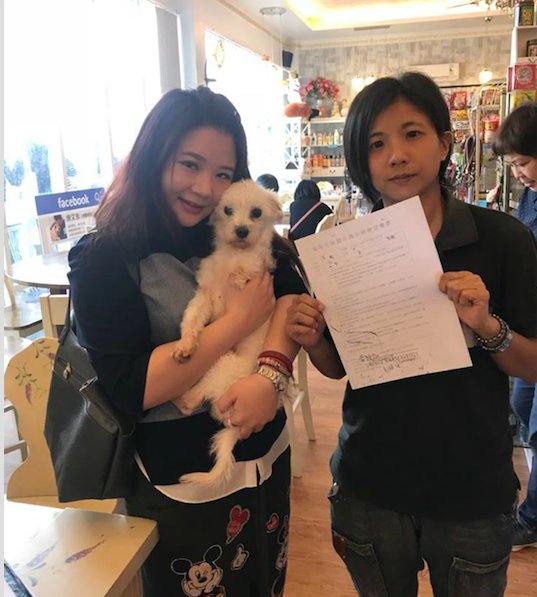 And here is the video! Take a look!