A red and black flannel is Dandon Miller’s favorite piece of clothing. He’s had the shirt for eight years and wears it all the time, but he never imagined it would be used to save a life.

Miller was driving home from Philadelphia on Memorial Day weekend when traffic slowed in front of him. Miller parked his motorcycle on the side of the two-way highway and was taken aback when he realized what was causing the gridlock. 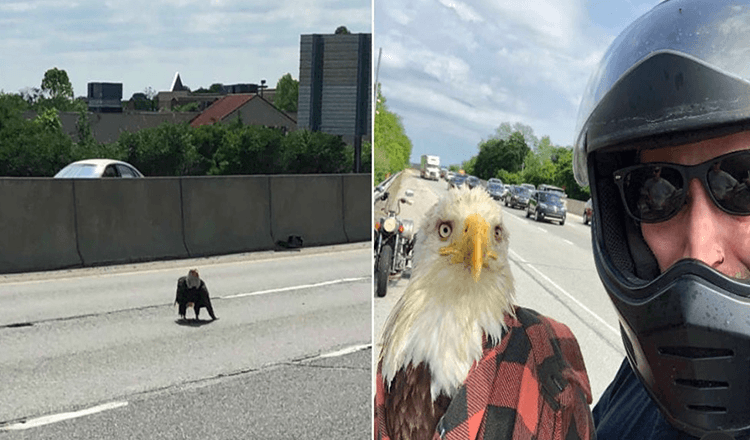 Miller told The Dodo, “I looked down to see why everyone was stopping and there was a bald eagle in the middle of the road. Another person was there and they kind of nudged her a little bit to see if she would walk off the road or fly away. She spread her wings wide and declared that she was not going anywhere.” 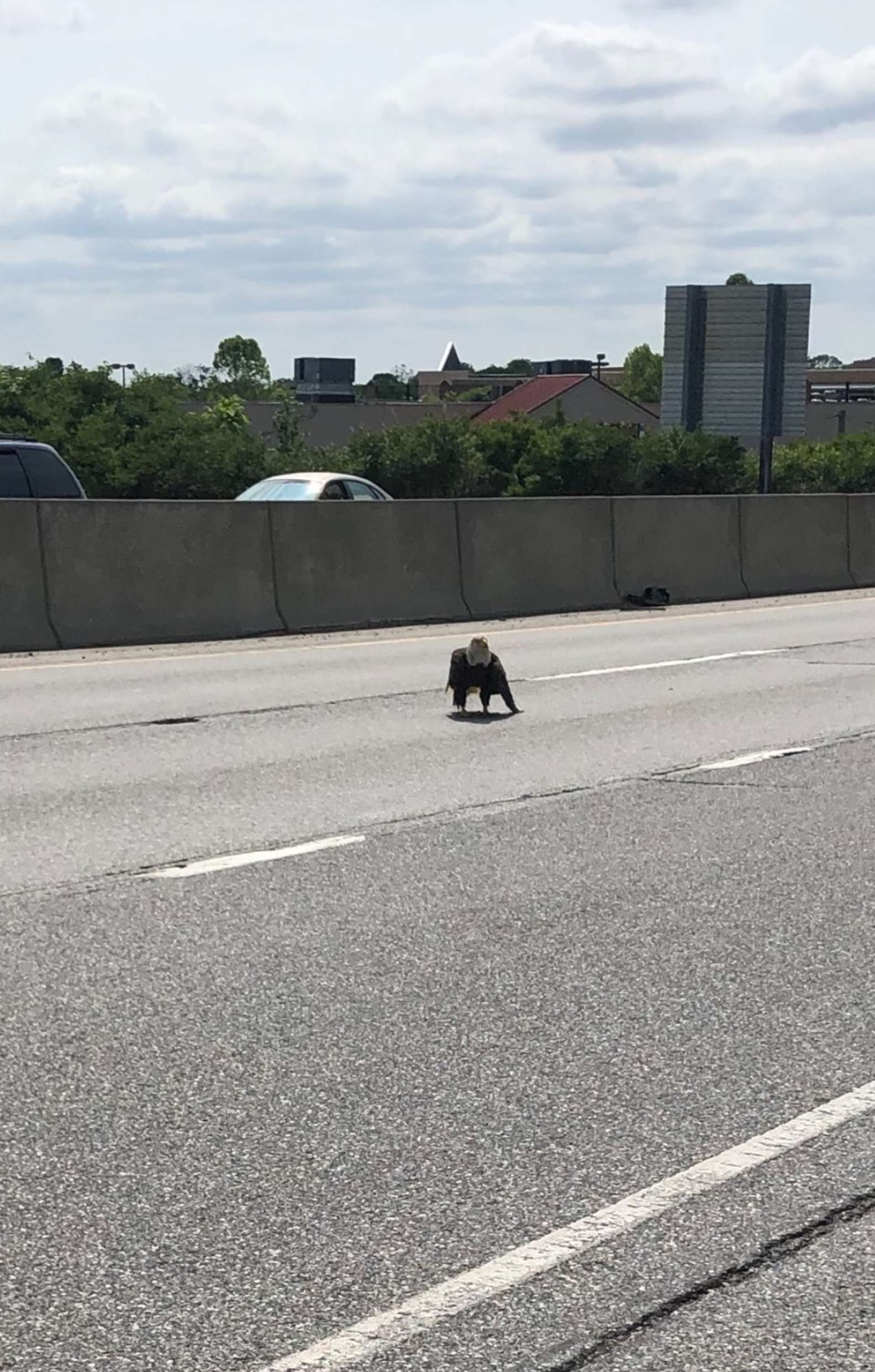 Miller, an animal lover, knew he had to assist the injured bird in getting out of harm’s way.

The large animal was too hurt to fly, but her mighty talons prompted Miller to remove his favorite flannel and drape it over her. The eagle remained calm as he wrapped her in the shirt, much to Miller’s surprise.

“She was very calm when I picked her up,” Miller said. “When people started taking pictures, she got a little worked up, but we were able to calm her down.”

Miller called 911 after moving the eagle off the road and eventually contacted Tri-State Bird Rescue and Research, a local wild bird rehabilitation center. While waiting for rescue personnel, Miller held the 15-pound bird for about 45 minutes. However, the time seemed to fly by. 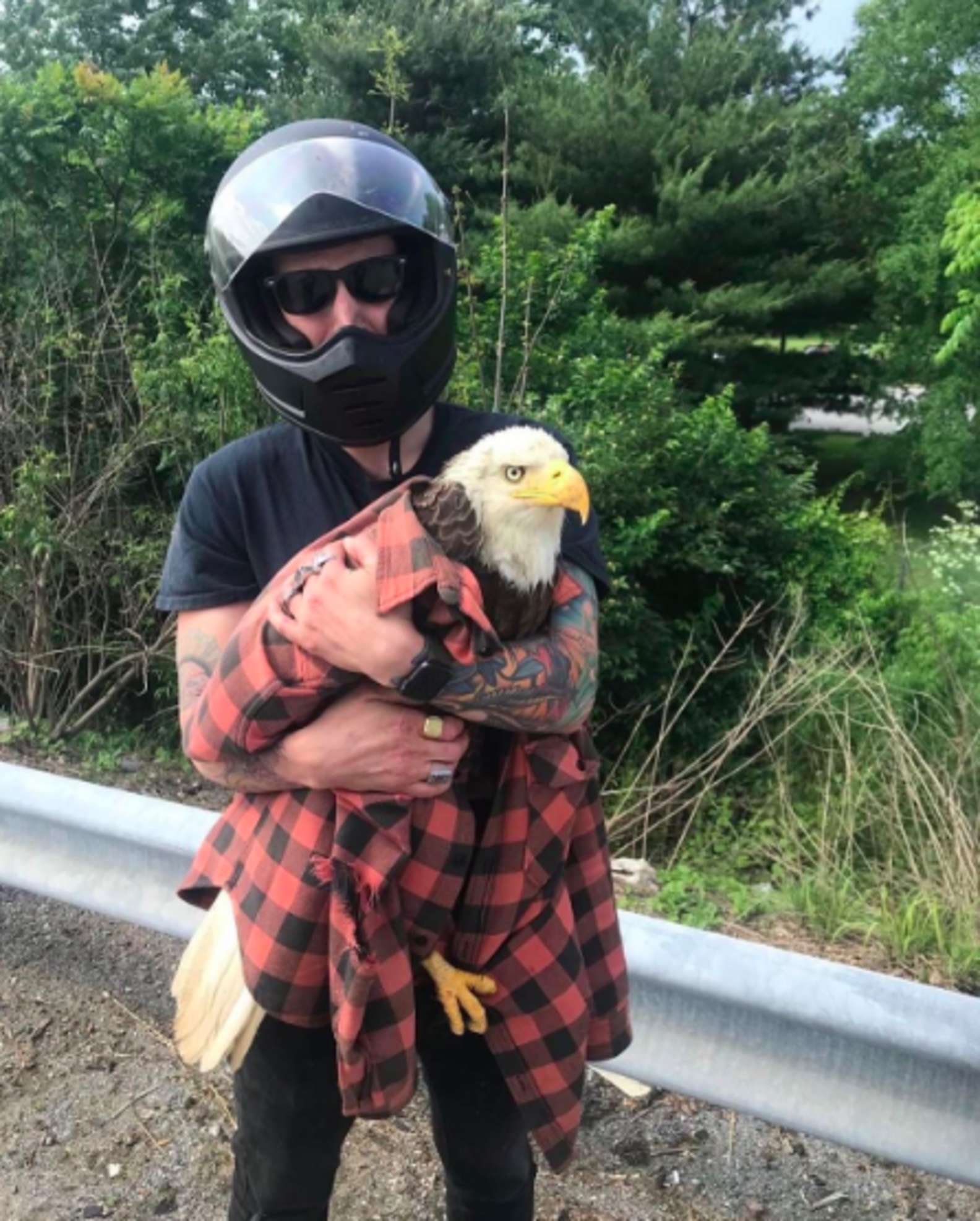 “When I was holding her, I wasn’t really thinking about it,” Miller explained. “I was just trying to keep her calm and reassure her that she was safe, and that I wasn’t going to drop her.”

Miller continued, “It was just amazing to hold that bird and for her to be so calm. It’s incredible.”

The rescue believes that after a few days of treatment, the bald eagle will be able to be released back into the wild.

Rebecca Stansell of Tri-State Bird Rescue and Research told The Dodo, “She had a mild injury to one eye and soft tissue injuries, but no broken bones. While the eagle was under anesthesia, our wildlife veterinarian treated her wounds. The unexpected can always happen, but we are hopeful that she will recover fully.”

Miller’s favorite flannel, on the other hand, has seen better days.

Miller knows the shirt now has a few large talon holes in it, but he knows it was for the best cause — and he will definitely wear it again.